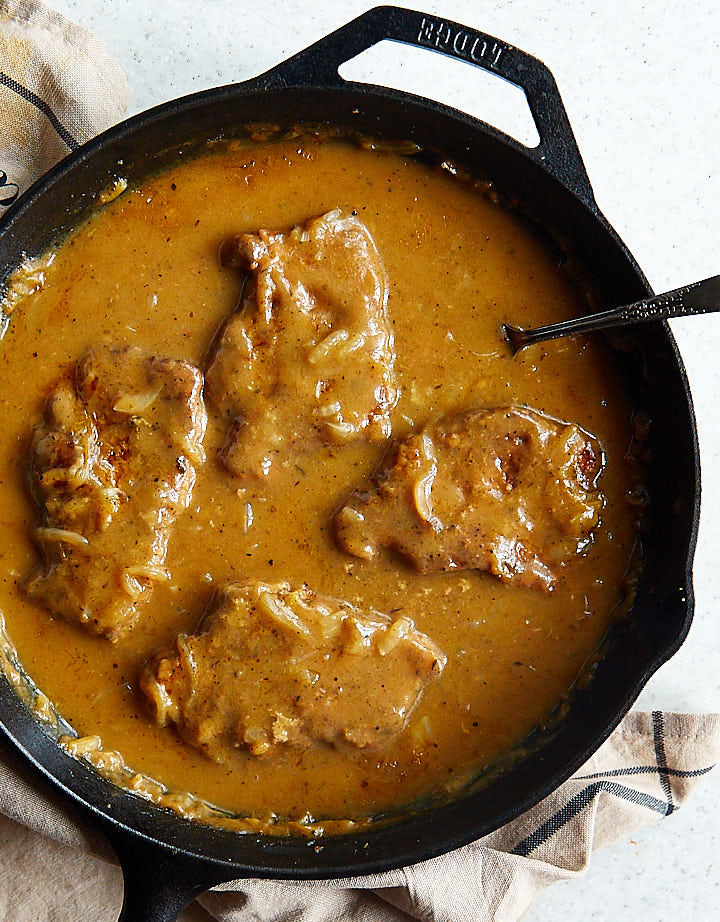 To smother meat means to cook it low-and-slow in rich gravy until the meat becomes ridiculously tender. And let me tell you, these smothered pork chops ARE ridiculously tender. And the gravy is ridiculously good – rich, flavorful, with a nice tang and a touch of heat. It’s so good, in fact, that I won’t be surprised if many of you will be shamelessly licking the leftover gravy off the plate. I do. But fret not, this recipe makes plenty of gravy to go around. You won’t leave the table unsatisfied, I would be very surprised if you did.

Pork chops, being lean, are normally best cooked quick over high heat to preserve moisture. Pan-frying is how I usually would cook them. Smoked chops are quite good too, you just have to be very careful not to overcook them. With smothered pork chops that becomes less of an issue. Yes, they will lose a lot of moisture during baking but the gravy will more than make up for it. What you will end up with is super-tender meat nestled in rich, tasty gravy.

Fattier meat will result in a juicier smothered chop but that’s hardly necessary. Even super lean pork loin chops will rival some of the best award-winning chops. 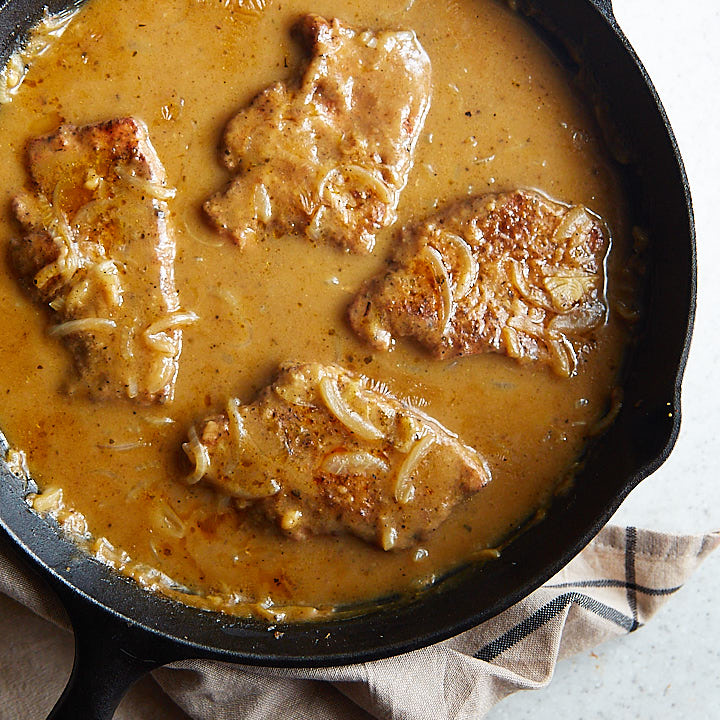 This recipe was adapted with a few modifications from the Cook’s Country magazine. I expanded the spice mix in the original recipe to include marjoram, thyme and allspice – they complement pork like no other herb or spice and give the gravy more depth. A little bit of heat from cayenne pepper made the chops more exciting to eat and gave the dish another dimension. I also streamlined the preparation process where all cooking is done in one cast iron pan. If you don’t have a cast iron pan, you can finish cooking in a baking dish.

Serve with your favorite side dish. I like mashed potatoes with these chops, or my new favorite, Hungarian potatoes. 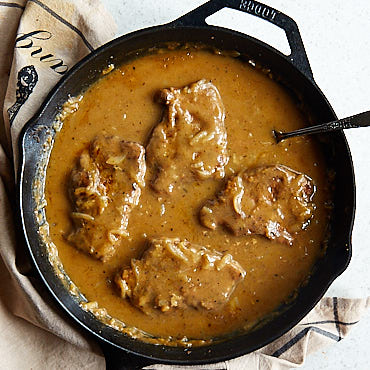